You remember camping at home as a child, right? Pack up the car to the tilt, sleeping bags, tents, food enough to last months for a small village. One of the things you don't really imagine doing while you're abroad because of all the equipment you would need and probably don't own. Well, yet again Korea has taken care of all of that.

Chuseok is Korea's version of Thanksgiving. It's a harvest celebration based on the lunar calendar, so the dates change every year. When I got here in 2007 it was 5 days, last year was 4 days and this year, 3 days because it fell on a weekend. Chuseok travel is unlike anything I have ever seen, and as someone who once got caught on a bus for 13 hours here for a trip that should have been 4, I vowed to never travel outside of Seoul again unless it was fleeing the country (like last year's Philippines trip). This year, 18 foreigners decided to pack it all up and go camping at Seoul Grand Park.

There are two sites directly in Seoul. Grand park and Nanji campground. Nanji is a newer facility near the World Cup Stadium in a much more urban area, whereas Seoul Grand Park is in a much more appropriate area surrounded by forests and mountains with access to Museums, the Zoo, and the Seoul Land Amusement park. It also has more camplike facilities including a campfire area, basketball courts, streams, common areas, and hiking trails. The sites come already set up with tents that sleep 4 people very comfortably for 15,000w a night and you can rent sleepings bags and mats to go in them for 1500 and 1000w each. We also got a special deal where we got cheap discount tickets for 13,000w for the day to Seoul Land so for two days/nights and an amusement park, the whole total was 45,000w (~$39) for the weekend + food. It was incredible. My only complaint? The fact that it got down to near freezing temperatures and I had a sleeping back that was about an inch thick.

There are a few main differences in Korean camping, however. At 11pm it is lights out and basically a zero noise policy. Also, campfires really are frowned upon if you light them using the 15,000w grill you've rented from them and now have a raging fire and half the forest in it as firewood. Also, Korea doesn't believe in graham crackers so it was really difficult finding stuff to make s'mores. Also, the campsites are of course, so close they're basically piled on top of each other. If you can get past all of this, your experience will be a ton of fun. A great way to spend a weekend though, that is for sure. Again, pictures speak for themselves (including being stuck in a bubble for the best amusement park ride I have EVER been on/in): 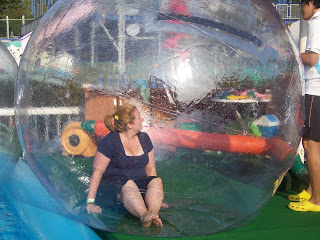 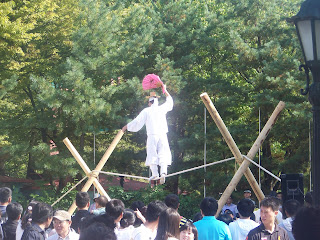 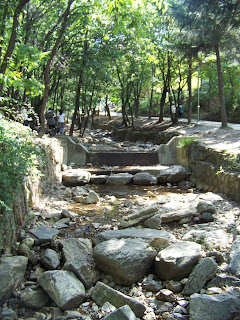 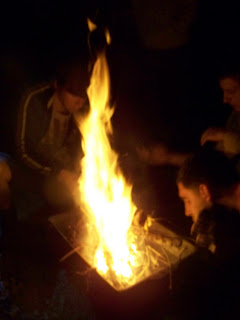 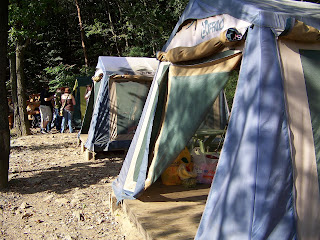 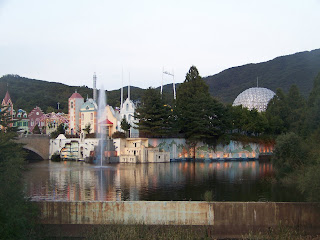 Labels: A New Beginning of the End, Trips